This is it, the new Lietterschpich album will be finally released next week with 3 live shows, starting on May 20th. We’ll be supported by some of our favourite creatures, with live acts by Nico Teen and Mujahideen, and DJ sets by Ben Drusinsky, Kosma Jr Chix and Hillel David. 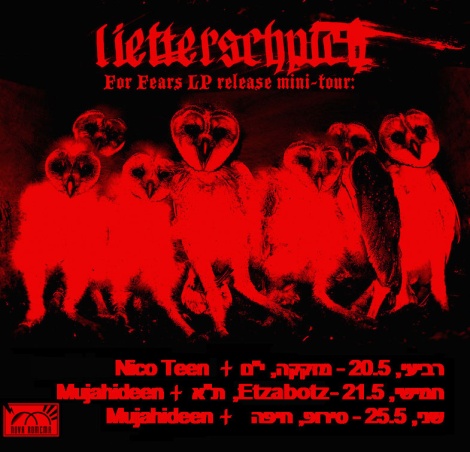 In the meantime, you can check out Fiber Blues, the first track to be released from our new album:

The works here are licensed under a Creative Commons Attribution-NonCommercial 3.0 Unported License.